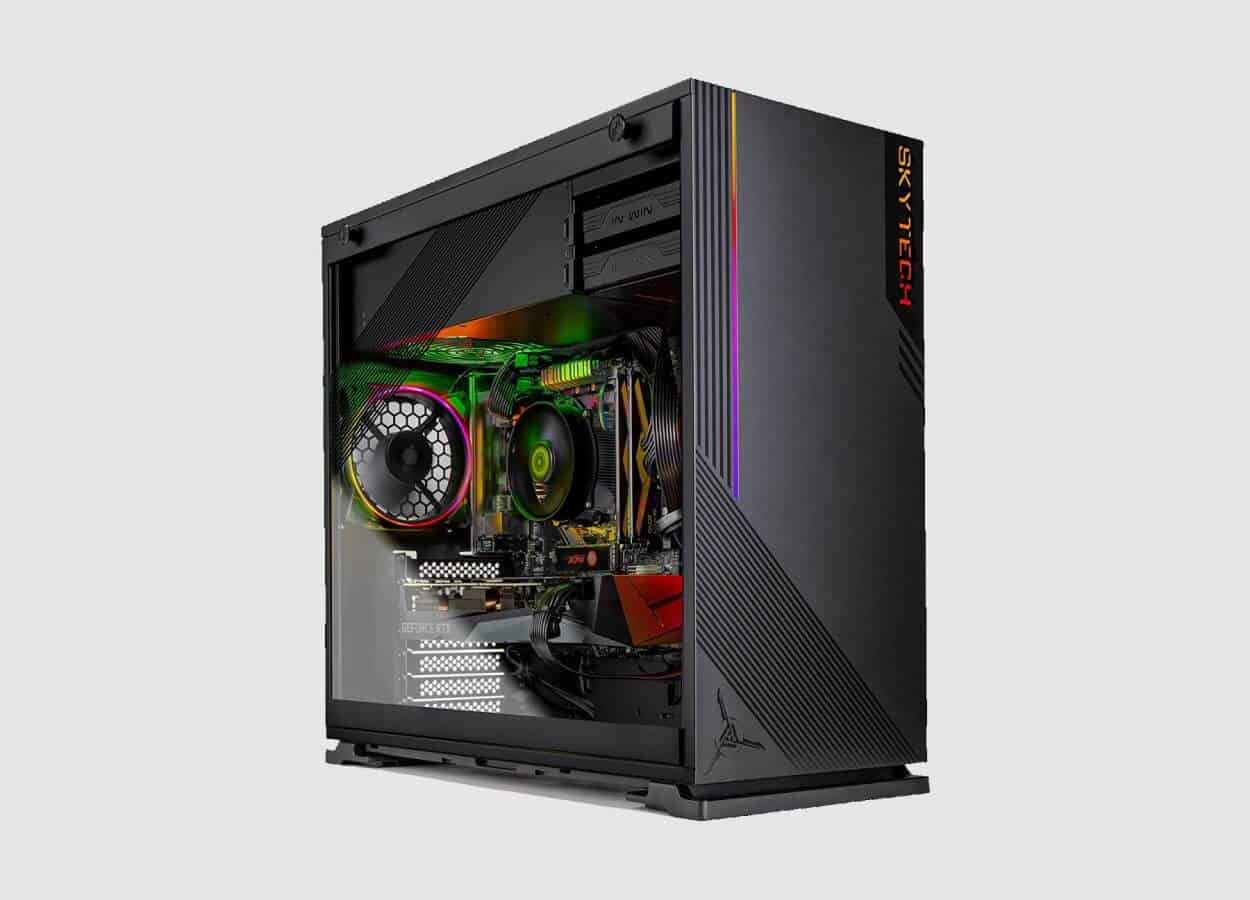 If you’ve settled on purchasing a pre-built gaming PC, then you’re halfway through the battle.

But you still need to figure out which setup to buy!

Today’s What in Tech feature will guide you through the best pre-built gaming PCs on Amazon available today for different budgets and requirements.

Our top overall pick goes to the Skytech Shiva, which hits a fantastic performance sweet spot in the mid-range price bracket.

This RTX 2060 Gaming PC packs a great punch with 6GB of dedicated VGA memory (this card is well known for its great value).

You’ll get great performance in today’s popular titles (from Apex Legends to the latest Call of Duty), especially at 1080p and you can expect that to last for many future titles too.

Taking Cyberpunk 2077 as an example, in high settings the Shiva will manage a high frame rate on 1080p, and you will even undoubtedly be able to get some decent rates on 1440p and 4k if you play with some graphics settings.

The Ryzen 5 2600 is a good CPU for gaming and general usage needs. It’s not one of the latest processors, but it’s clear the pre-built was intended to focus more of the budget on the RTX 2060; this is certainly a better tactic for a gaming PC than going overkill on the processor and offering a disappointing GPU (as is unfortunately common in a lot of pre-built gaming PCs).

The 16GB 3000mhz DDR4 RAM will be more than enough not just for gaming, but making your workstation/browsing needs quick and future-proofed (with RAM being an easy part to upgrade should you want to up to 32GB, but it’s hard to imagine you’ll need this for a long time).

Working alongside the CPU and RAM for a fast browsing experience is a 500GB SSD (with Windows 10 included); which will give you a smooth OS experience, as well as decent loading times.

If for whatever reason you want more space in the future too, you’ll have room to add in another HDD or SSD.

The whole setup is stylishly housed in an InWin 101 case; a chassis that we’ve featured previously on What in Tech (from one of the best PC case brands in the game).

You’ll have a good amount of USB ports within the case (4 x USB 3.0 / 2 x USB 2.0) and alongside the 3 RGB fans and decent space for airflow, the setup looks great and has decent cooling.

The unit adds more value by including a free RGB keyboard and mouse.

They’re perfectly serviceable for gaming use (but as you can expect with freebies, you may want to upgrade if you are into competitive gaming/esports).

We really like the package Skytech has put together here.

While you can spend more and get even stronger specs, we expect these will cover most needs of the average gamer today.

All of this is why we consider the Shiva RTX 2060 the best gaming desktop on Amazon for the mid-range user.

OK, now we’re getting into a seriously powerful PC setup.

The Azure is the best RTX 3070 gaming PC on Amazon without question.

At a fantastic price point, you’re getting one of the brand new RTX 3000 series GPUs which, if you’ve been keeping up with tech news at all, is the top-range Nvidia series that will perform incredibly well for gaming.

You can expect smooth 60+ FPS gameplay at 1440P quad HD in nearly every modern game; with fantastic future-proofing, VR ready, and some impressive capability for 4k gaming too.

All of these specs make this a wonderful machine for not just gaming but some serious professional work if required (be it high-res video editing, rendering, production programming, and other intensive tasks).

All of this is housed in the fantastic InWin 103 case; a great chassis that offers good airflow and upgrade capabilities in the future if desired.

Tied in with the custom RGB lighting and fans, the unit will run well, look beautiful and most importantly, be perfect for your gaming setup.

Make no mistake, if you’re looking for the best premium gaming PC on Amazon in the $1,500 price bracket, you’ve found it.

Now, for those looking for the most powerful setup you can possibly achieve, this is one of the best choices around.

There are some even more expensive options on Amazon, sure.

But we looked through these, and their spec choices add unnecessary extra bells and whistles for $100s extra.

The Blaze 3.0 is easily our choice for the best gaming PC on Amazon available today.

Leading its power is the monstrous RTX 3080 graphics card, which will simply crush anything you throw at it in 1080p & 1440p (and likely will for a very long time).

And what’s more, the benchmarking that has been achieved on 4K gaming with the RTX 3080 is very impressive, you can expect to still achieve great framerates in 2160p (it’s really one of the first and only GPUs that we consider suitable for 4K gaming).

These specs will handle anything you can expect to throw at them and will be excellent for high-scale production work on top of your gaming (we especially like the 3600 Mhz clock on the RAM).

Powering the CPU is a 120mm liquid cooler, which not only looks fantastic alongside the RGB fans but will give you great overclocking potential should you desire in the future.

All of this incredible kit is housed in the Phanteks Metallic Gear Neo Air, which is a compact ATX case with great build quality and airflow for this powerful rig.

Finally, for those of you with a focus on aesthetics, the RGB elements of this case are all addressable.

This means you’ll be able to program them into whatever colors, patterns, and rhythms you want.

You’re then of course getting the other extras you would expect: plenty of USB ports, decent Wi-Fi capability, Windows 10, and a free gaming mouse and keyboard.

What else is there to say about the Blaze, other than to reiterate how powerful the RTX 3080 graphics card is that leads its system.

This is one of the best pre-built 4K gaming PCs on Amazon today.

If you have the budget for this, you’re going to love it.

As much as we’d recommend our above picks for a future-proofed setup, Skytech also has what we’d consider the best cheap gaming PC on Amazon today.

The Archangel is a capable budget gaming desktop with its GTX 1050 Ti at the helm.

This 4GB VRAM graphics card is a little older than our top pick’s; but for the price range, still packs an impressive punch.

With it, you’ll be able to play today’s major eSports & MMORPGs comfortably.

For newer titles, you’ll still have some capacity here in the lower settings/720p (occasionally 1080p), but of course, at this price-point, you won’t be as future-proofed as our top pick.

These specs are good to run alongside a decent gaming PC, and you’ll still be able to have a smooth workstation experience (web browsing, watching a high-quality video, etc).

In terms of advanced computing work (things like video editing, intensive programming, etc.) you may want to consider one of the more expensive picks if possible.

The unit looks striking with its sleek, blue LED fans and white case, with appropriate cooling for the setup.

We like that despite the lower price-point, Skytech still includes a gaming keyboard/mouse that will be serviceable for budget gamers.

But all in all, at its price point, the Archangel can still get an impressive amount done.

If this is as far as your wallet can take you, know that it’s the best budget gaming PC on Amazon today.

Now while I’ll be clear that the options above will serve you much better for gaming, I appreciate that some of you may be looking for the best beginner gaming PC, or simply the cheapest unit that still has some gaming capability.

And if that’s the case, the Mini 9300 is a fantastic choice.

You’ll have a setup designed for “light” gaming.

Don’t expect to run all of the newer titles, but with PC gaming where it is now, so many popular titles are older and well optimized.

You’ll have a good time running games like Fortnite, Minecraft, CS:GO, and other popular less-demanding titles.

The included Ryzen 3 3100 3.6Ghz CPU is an impressive inclusion for the price and will accompany the 2GB RX 550 graphics card nicely when playing these games.

The included 8GB DDR4 RAM doesn’t have the fastest clock speed, but still nicely meets the minimum for most modern games.

For work/web-browsing/video watching, this unit will still perform well (just don’t expect to do any intensive tasks like video editing/rendering).

Perhaps the biggest bottleneck of the PC is the storage space.

With only a 240GB SSD included, you’ll very quickly run into problems storing all of your games.

Unless you only play a few titles, you’ll need to install what you’re actively playing.

However, there is space in here for an extra SSD/HDD upgrade (something like this would be perfect, and very easy to install).

And we like that the base drive included, despite being small, is an SSD; just to make the running experience on a budget desktop that little bit smoother.

All of this is housed in a nice, portable PC case in the Micro ATX form factor.

This is a sensible move for a budget PC, as such a build really doesn’t need a full-size ATX case, and makes it perfect for any tight-wallet buyers looking for a mini PC on amazon.

Perhaps our favorite thing about this gaming bundle is, despite how cheap it is, it isn’t skimping on any of the smaller inclusions.

You’re still getting Windows 10, a Wi-Fi ready motherboard, and even an RGB gaming keyboard and mouse (again don’t expect the best quality, but for a cheap gaming setup? They’ll easily do the job).

Overall, while this isn’t the most future-proofed machine around, it’s the best gaming computer on Amazon available if you’re on a very tight budget (we wouldn’t recommend anything cheaper than this).

We’re back to Skytech one last time, who seem to dominate many of the price brackets on Amazon with excellent specs compared to their other pre-built competitors.

The Shadow would be the ideal choice for someone who can’t quite afford our top pick but is still looking for something more powerful than our budget choices.

You can certainly get a lot done with the Shadow’s setup too.

With a decent GTX 1660 graphics card, you’ll run most of today’s titles at very high settings, full HD with 60+ frame rates (even for 1440p on certain titles).

These will serve you nicely in general computer tasks and although it’s not a professional work PC for editing/rendering and other production, you’ll certainly be able to get some mileage from it if required.

The setup is included in a beautiful full-length tempered glass case with a decent allotment of RGB fans, you’ll have all the cooling and airflow needed for the spec.

You’re once again getting Windows, a great number of USB ports, a free gaming keyboard/mouse, and a wi-fi capable motherboard.

Overall, if you’re in the $800 dollar price range, this is a fantastic choice and the best pre-built gaming computer on Amazon in the category. 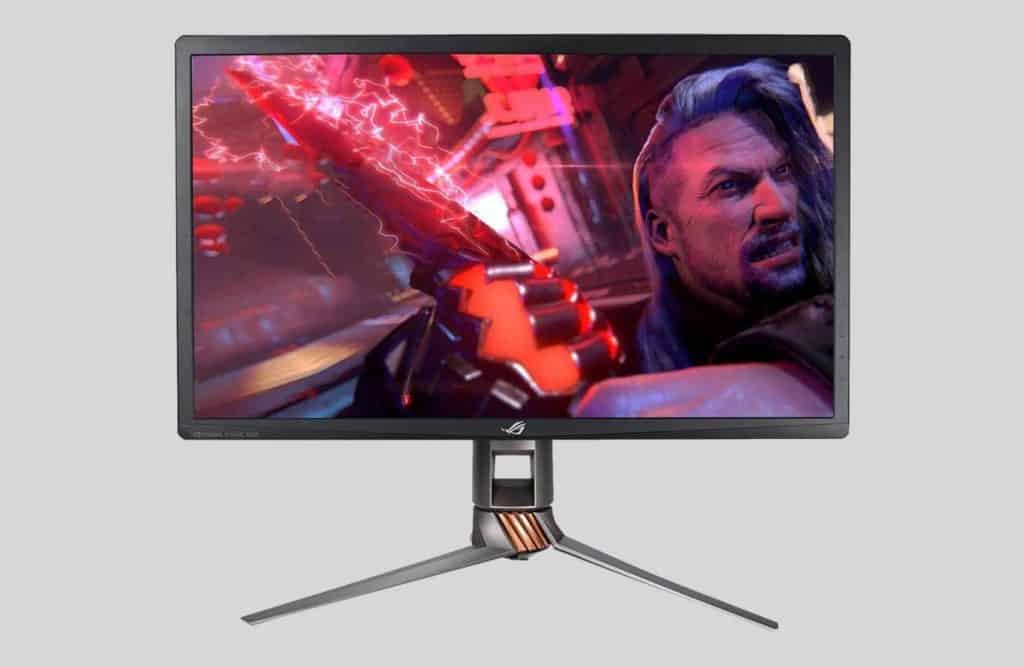 The future of immersive displays 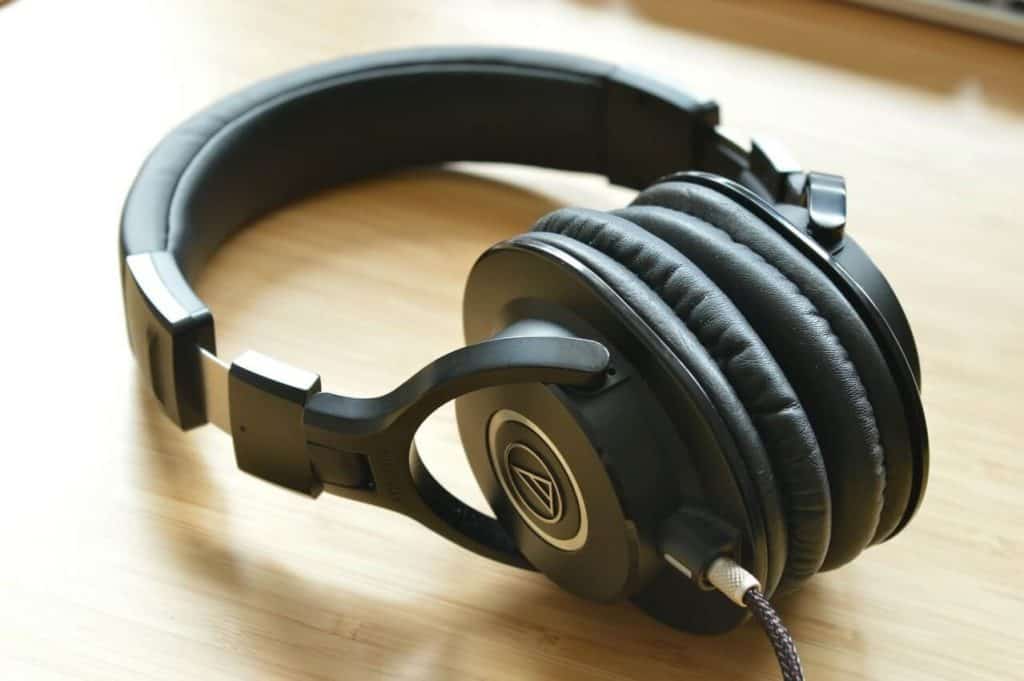 The 9 Best Audiophile Headphones for Gaming in 2021

Finally install every Steam game in your library! 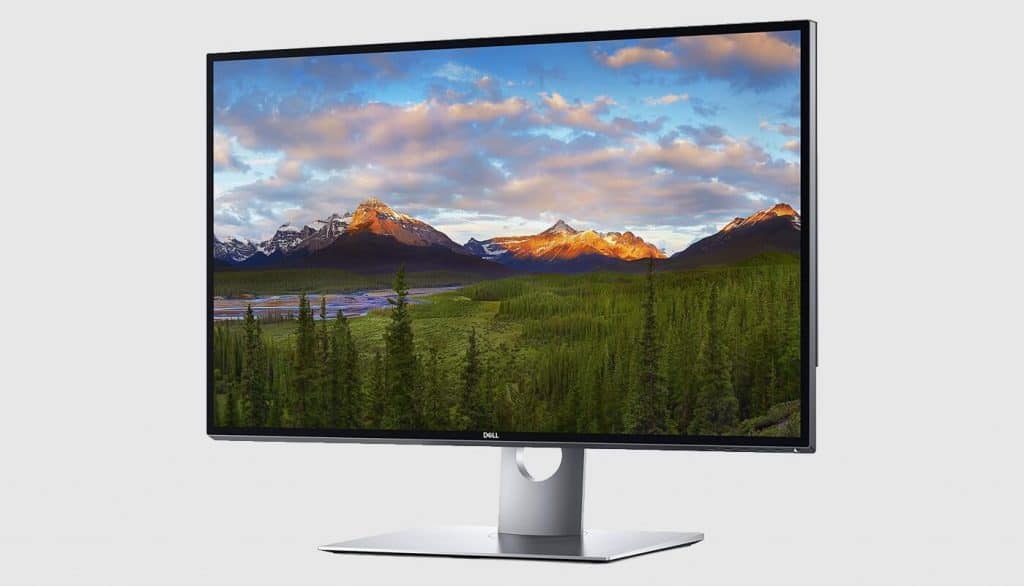 The 5 Highest Resolution Monitors of 2021

For the sharpest image possible