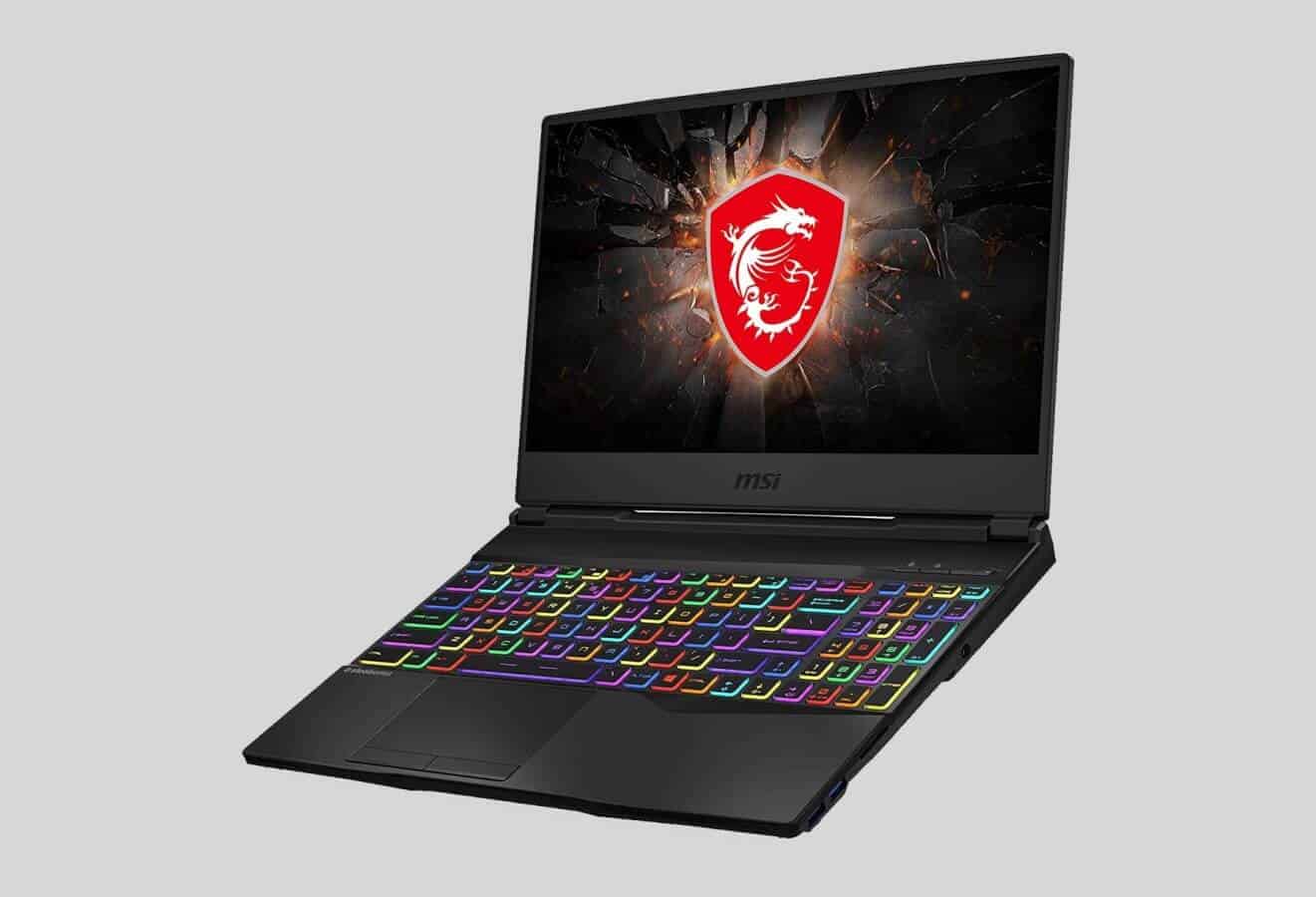 There are thousands of different laptop specs on Amazon.

It can be difficult to decide exactly what’s best for your gaming setup (and wallet).

Which is why today’s feature has been built to guide you through the best gaming laptops on Amazon today, for all different budget considerations.

Featured previously on What in Tech, Acer has created a very impressive offering with this Nitro machine.

We wanted to find the best gaming laptop under $1,000 on Amazon for our top pick as we appreciate this is the price-range many users will be looking at. This choice is just a touch more expensive than that, but paying that tiny bit more is definitely worth it, as you gain access to an RTX 2060 laptop.

This graphics card, as far as portable gaming goes, is the best you’ll get around the $1,000 mark. With great performance, you’re going to be able to play a majority of games at 1080p high settings with good framerates. And it will be well future-proofed for big upcoming titles like Cyberpunk 2077 (of course, if you’re looking to get very high framerates & resolutions with max settings, you’ll have more luck with our premium picks below or desktop options, but rest assured, titles will look fantastic on the Nitro 5).

Working with the RTX 2060 to achieve this great value is an Intel Core i7-9750H, 16GB DDR4 RAM & a 256GB NVMe SSD. Not only are these specs more than enough for ensuring the GPU isn’t bottlenecked by the hardware, but they’re capable of giving you a very smooth general-use experience with the laptop (be it web browsing, videos, or other program usages).

The gap that you may notice is the drive space. It will serve you initially but is a little low for a gaming PC. There is another drive bay you can easily use to upgrade this space should you need it. Don’t be fooled by lower price laptops that have larger drives; we’ve been through them and their specs suffer in other ways to compensate for this (especially GPU, which is more important for your setup).

The laptop is well designed; with a good track record of thermal management for the powerful specs, a beautiful backlit keyboard, and a fantastic full HD IPS 144Hz screen (we particularly like this last part as many gaming laptops at this price still are the standard 60Hz, so this is a nice extra touch and makes this a great competitive gaming laptop).

Simply put, if your budget is around the $1,000 mark, this is the best gaming laptop on Amazon for you, without question.

If you can stretch your budget a little further, the MSI GL65 is a fantastic laptop where you can expect a further 20-30% improvement in games over our fantastic top pick.

This is achieved with the great combination of the RTX 2070 and Intel Core i7-10750H, both fantastic specs for this price range. You can expect to comfortably play pretty much every title in excellent settings, 1080p with a very high frame rate.

You have a wonderful screen to enjoy those high frame rates on too, which boasts a full HD, IPS, 144Hz panel with 3ms latency, and 100% sRGB (essentially, you can expect vibrant colors and a laptop to match fast reaction times for competitive gaming).

Working alongside the CPU and GPU is 16GB of DDR4 RAM and a 512GB NVMe SSD (if your budget was around $1,500, you could always use the savings to add an additional drive in the laptop, but this PC has decent room out of the box).

The list goes on: beautiful design, tactile RGB keyboard, good thermals, solid build quality, we really like that this 15.6″ gaming laptop doesn’t feel like it skimps on any area and is a good all-around pick worth of its price tag.

There’s a reason we ranked this offering as one of the best 144Hz laptops and choices for people after something particularly long-lasting.

If you can stretch your budget to the MSI GL65 Leopard, you’re going to love it. This machine is such a fantastic value for what you’re getting.

We’re back to another variation of the Nitro 5 for those looking for the best cheap gaming laptop on Amazon.

You have to respect that at this budget, manufacturers are very limited on what kind of parts they can include. With that said, we’re very pleasantly surprised by just how good this Nitro 5 model is for its ridiculously low price-point.

Led by the GTX 1650, you still have a graphics card capable of running most games at fair settings/frame rates; and if you’re playing older games/many of the popular titles that are well optimized (Fortnite, Overwatch, WoW, etc.) you’re still going to get great frame rates on them suitable for competitive gaming.

Accompanying the GPU is the very capable 9th Gen Intel Core i5-9300H, 8GB DDR4 RAM & a 256GB NVMe SSD. While you won’t get very far with high-end production work on this laptop (4k video editing, rendering, etc.), it will still do very well when it comes to general use for things like web browsing, videos, and standard work if needed.

You have some easy options to upgrade this laptop also. Acer has sensibly installed 1 stick of 8GB RAM (instead of 2 x 4GB) to allow you to easily add a second 8GB RAM stick if you like. There’s also a 2.5″ drive slot if you wish to expand your storage.

Another reason we picked this as the top budget choice is that the laptop still has some impressive design features for its price range. With a good build quality, a 1080p IPS screen, and a USB 3.1 Type C port, you’re really getting a lot for your money here.

On top of being a great budget choice, I’d also suggest this is one of the best gaming laptops for beginners, kids, teenagers, or simply someone who’s behind on gaming and has some titles to catch up on alongside their general laptop use.

Reset assured, although it isn’t going to give you the same performance as our top picks, we still love the value of this Nitro 5 model. There’s a reason it’s one of the best selling gaming laptops on Amazon.

What an incredible portable gaming machine this is.

Our next pick is for those looking for the most expensive gaming laptop on Amazon that will still give them notable improvement.

There are some diminishing returns when comparing this laptop to our laptop pick under $1,500 for gaming alone (that said it has a whole lot more going for it). We’ve included a laptop under the $2,000 range further below but really, the laptops with prices between this pick and the MSI GL65 don’t improve notably on graphics performance (they up the price by including more RAM, drive space, and better CPUs, but these are all secondary for machines that are already powerful enough when it comes to these specs). The only middle-ground pick is the RTX 2070 Super version of the GS66 if your budget is somewhere in between.

Now with all that said, what you’re getting in the GS66 is one of the best gaming graphics cards available today: the RTX 2080, with some incredible additional specs to go with it. You can expect this laptop to perform about 20-30% better than the GL65 in games. That is an incredible improvement considering how top-end the GL65 pick already feels. This would be perfect for someone looking for a VR ready laptop (for the best settings) and someone who doesn’t want to compromise on game settings now or in the next few years.

Accompanying the powerhouse GPU is a beastly i7-10750H, 32GB of DDR4 RAM (upgradable to 64GB, but we can’t imagine you’ll need that for a long time) & a 512GB NVMe SSD. These are some seriously fantastic specs that will empower you to do some serious production work, with the GS66 doubling as a 4k video editing laptop/suitable for other intensive tasks (things like browsing the web won’t even phase this machine).

What’s more, we are floored by the fantastic design achievements in the GS66; this PC is incredibly thin and light for the amount of power it holds. The build quality is what you’d hope for in a premium gaming laptop and although the machine runs hot, the thermal solution is more than capable of keeping the device manageable.

And then there is the amazing display. On top of reaching great color accuracy and a sharp 3ms latency, it’s running at a very impressive 300Hz. Some laptops with these ultra-high refresh rates don’t have the specs to actually run games to take advantage of this, but the beauty of the MSI GS66 Stealth is that it does. This is our pick for the best esports laptop and anyone who takes their competitive gaming very seriously.

There’s a reason the Stealth has won a whole host of awards. If you’re serious about getting the best portable gaming computer on Amazon that you possibly can, you’ve found it.

Now let’s be clear, I’m being very generous calling this device a gaming laptop and I would highly recommend you save up the extra money to at least get the budget Acer Nitro pick above for gaming.

That being said, I appreciate that some readers will be looking for the cheapest laptop for gaming on Amazon, even if that means some serious limitations.

This Lenovo laptop is impressive for its price point, with a capable Ryzen 5 3500U processor, 8GB DDR4 RAM & a 256GB SSD. You can still expect this laptop to be a decent runner for general usage and office work.

For games, you’ll be relying on the integrated Vega 8 graphics; which to be fair, still does a semi-decent job on older titles. You’ll be able to run games like Fortnite, Minecraft, and league of legends on lower settings.

Another credit to the IdeaPad 3 is that it has a nice build quality for its price. It’s a very slim, lightweight laptop that would be ideal for travel.

If your budget is very tight and you need a new PC now; then as long as you can respect that this is a light gaming PC, you’re still getting excellent value.

The top 5 picks are our main favorite choices for your various budgets when considering the best portable gaming PC on Amazon.

That being said, we’ve included some additional worthy choices for some other price brackets that are popular – we’d still recommend these laptops if they work for your budget.

Between our top 2 picks is a choice that doesn’t upgrade the GPU, but does offer a fantastic design, upgraded processor, and impressive 1TB SSD. We featured one of the cheaper TUF models in our best 144HZ laptops feature.

Inbetween our top overall and top budget picks is space for this fantastic Acer Nitro 5 unit – it has the same GPU as our budget pick but offers great storage and CPU improvement.

One other very decent option in this price range was worth calling out; this doesn’t have the same storage capacity as the ASUS laptop but has an improved thermal solution and fantastic 3ms response time which is why we ranked it at the top of our list for high-refresh-rate laptops, perfect for competitive gaming.

Now if you’re up for spending a little more than our top MSI pick, this is one of the top gaming laptops on Amazon by ASUS. And their ROG brand really stands out with its fantastic design. For the extra price, you’re getting 240Hz and more storage, so worth considering.

If you like the look of our best laptop under $1,500 pick, but want something with a little higher spec, this is a great future-proofed choice (it won’t get you much more performance in gaming, but it’s RAM, CPU, and storage are very impressive for other tasks). 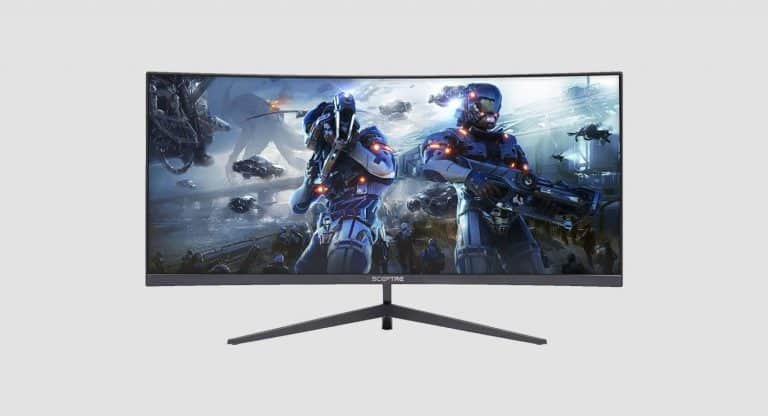 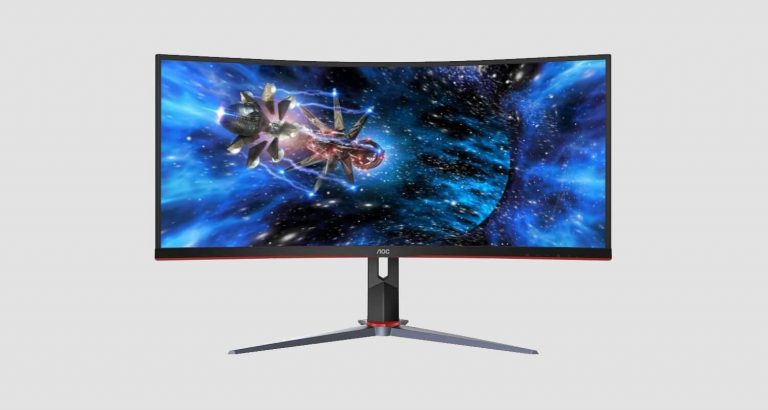 One of the most exciting monitor formats today 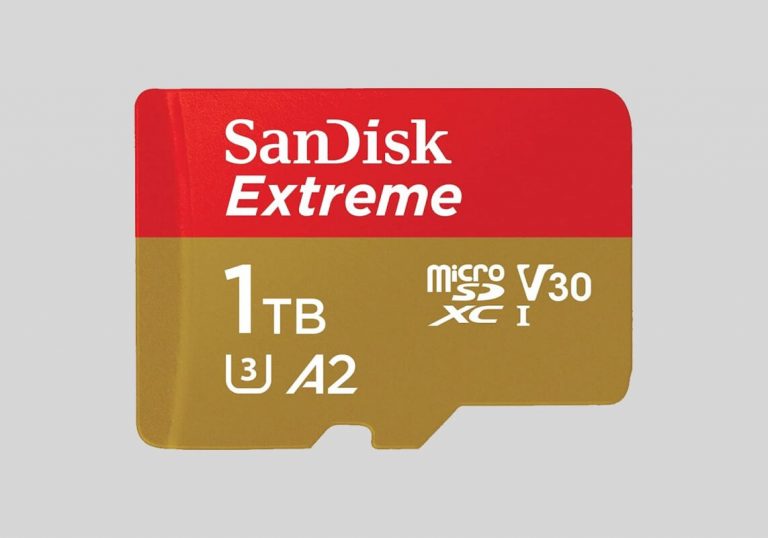 Yes, you heard that right 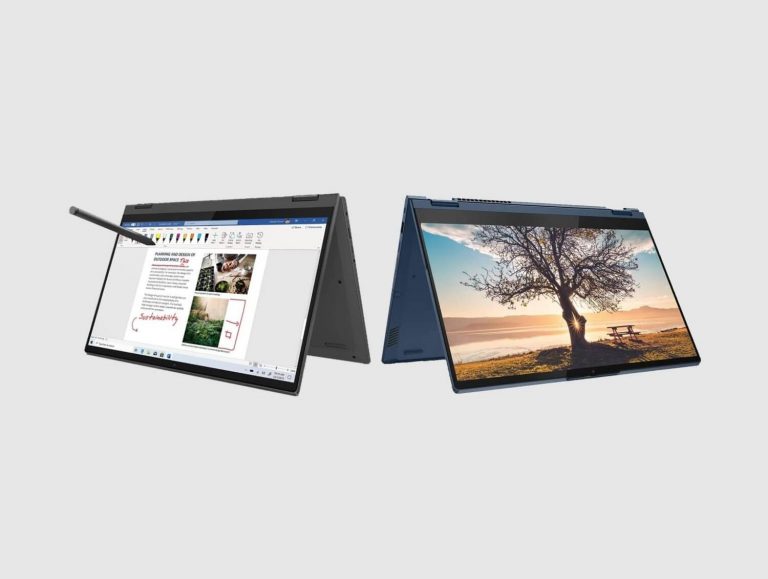